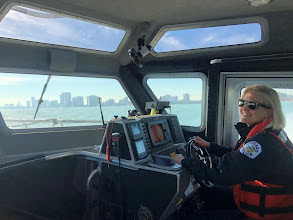 It takes a unique individual, passionate about justice and public service, to be both a Chicago Police Officer and a Real Estate Lawyer. But if there is one thing we know, it’s that a Lewis Flyer can get the job done! Gretchen Chavez ’09 is originally from the South Side of Chicago in Beverly. Growing up, Gretchen always knew that she wanted more than the typical 9-5 desk job – which is why the idea of working for a police department seemed like the perfect fit. It wasn’t long after she pursued a bachelor’s degree at Columbia College Chicago and began working for the Chicago Police Department, that she chose to earn an advanced degree at Lewis. Gretchen continued to work full time as she dove into her schoolwork, and two short years later, she earned her master’s degree in Criminal Justice. For the past 16 years, Gretchen has served as a Chicago Police Officer assigned to the Marine Unit. Her specialization is in rescue diving, but she also assists the department with evidence re
Post a Comment
Read more 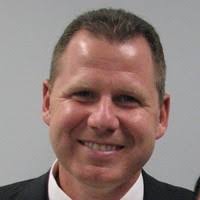 Originally from Lockport, Harold Ebenroth ’95 grew up fascinated by the planes he would see flying into the Chicagoland airports. As a teenager, the father of one of Harold’s friends was an active member of the Experimental Aircraft Association (EAA) and worked at the Lewis airport, where he also had his own plane based. Spending time with his friend’s father is what helped Harold realize that being a pilot was something he wanted to – and could – do. Years later, he enrolled at Lewis University where he officially set out on his journey to pursue his calling as a pilot. Harold was chosen to serve as a flight instructor intern during his senior year at Lewis before graduating with a bachelor’s degree in Aviation Maintenance. For the next few years, Harold worked as a full-time flight instructor to pay it forward and teach the next generation of Flyers. He then accepted a new position as an assistant chief pilot in which he served as a liaison between the flight and maintenance depa
Post a Comment
Read more 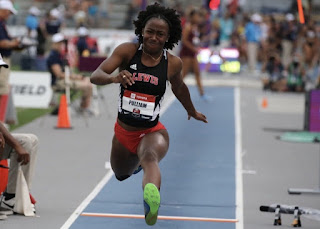 When you look at all that Cierra Pulliam ’19 has achieved, there is no doubt that she is destined for greatness. In fact, her success as a collegiate athlete on the Lewis University Track & Field team motivated her to pursue one of her biggest dreams – the Olympics. Cierra has been training to qualify in the upcoming Olympic Track & Field Trials, where athletes will be selected as the United States representatives for the Olympic Games. After being canceled last year due to COVID-19, the 2020 U.S. Olympic Team Trials will kick off on June 18 at Hayward Field in Eugene, Oregon. This is something that Cierra has always dreamed of, and now, her numbers are very close to the Olympic qualifying level. Last year, Cierra was gearing up for what she thought would be a great season just before the pandemic began. As the virus spread, it became more and more difficult to continue training and produce the best results. “For so long, I trained to maintain what I already had and also
Post a Comment
Read more

John Szatkowski ’00 Oftentimes, when students prepare to go to college, they find it difficult to decide what they want to do for the rest of their life. This was no different for John Szatkowski ’00 who enrolled at Lewis with an undeclared major his freshman year. He was able to dabble in all the things he enjoyed and stayed quite busy playing club volleyball, performing in a few bands, participated, working in the theatre and more. Later that year, John got the unique opportunity to work for UPS at O’Hare International Airport and says, “the smell of jet-fuel in the morning got him hooked!” John received his flight dispatcher license in his last semester before graduating from Lewis with a bachelor’s degree in Aviation Administration. Afterwards, he moved to Seattle to work for a small startup airline. Less than a year later, he moved back to Chicago and began working at Chicago Express Airlines. He stayed there for about 5 years, through the downturn of September 11, as well a
Post a Comment
Read more

Women have had a long history in aviation, yet still remain underrepresented in many areas. According to AeroGuard Flight Training Center, Blanche Scott not only became the first woman to drive across the United States, but also the first female pilot to fly in America. Bessie Coleman became the first black female pilot and the first Native American woman pilot in 1922. Captain Lynn Rippelmeyer became the first female to captain a 747 on a transatlantic flight in 1984. Even with all of these incredible stories, women in aviation are still struggling to make a breakthrough in the industry to this day. Lewis alumna Jill Wetmore ’16 had always been a lover of travel, and after attending Women in Aviation Day presented by Lewis University during her senior year of high school, she enrolled at Lewis and became a Flyer. Jill knew this was the right decision. What she did not know is that this was a life-changing decision – one that would provide her with both the skills and strength to break
Post a Comment
Read more 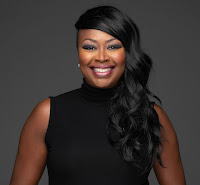 Each year, women comprise more than two-thirds of graduates with degrees in journalism or mass communications, and yet the media industry is just one-third women, a number that only decreases for women of color, reports from the News Leaders Association show. After a decade-long career in broadcasting, Deborah Olivia (Brown) Farmer ’95 realized she had the potential to make a real difference. Feeling disenchanted by the way the media industry played to women of color, Deborah started Brown Farmer Media Group, her very own communications firm based in Chicago and Atlanta. Partnering with both local and national clients, Deborah has worked on a variety of projects. Her firm was hired to help recruit minorities to the Chicago Police Department, educate Chicago residents on the non-emergency number for city services, market the 2020 Census, and work with the first-ever black female mayor of Lynwood, IL. “Some of this work is history in the making, and I get to be a part of it,” says De
1 comment
Read more 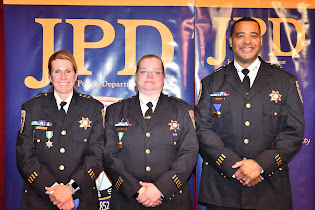 Law enforcement in the 21st century is evolving rapidly, as police face new threats and challenges along with increased scrutiny from the public and the media. The law enforcement profession is responding with significant changes in the areas of leadership, structure, culture, policy and technology – according to the University of San Diego. As part of the Joliet Police Department, Lewis alumni Dawn Malec ’20, Sherrie Blackburn ’20 and Robert Brown ’19 recognize this opportunity for growth and are ready to take on the challenge, together. In January 2020, Chief Dawn Malec was named as the first-ever female interim police chief for the Joliet Police Department. About a month later, she was appointed to Chief of Police. Serving beside her are recently promoted fellow Flyers Deputy Chief Robert Brown and Deputy Chief Sherrie Blackburn, who is also the first-ever female deputy chief of police for the department. “I am excited that we are on this journey together,” says Malec. “During a tim
Post a Comment
Read more
More posts